Don’t be a Know-It All! Come learn about Wine 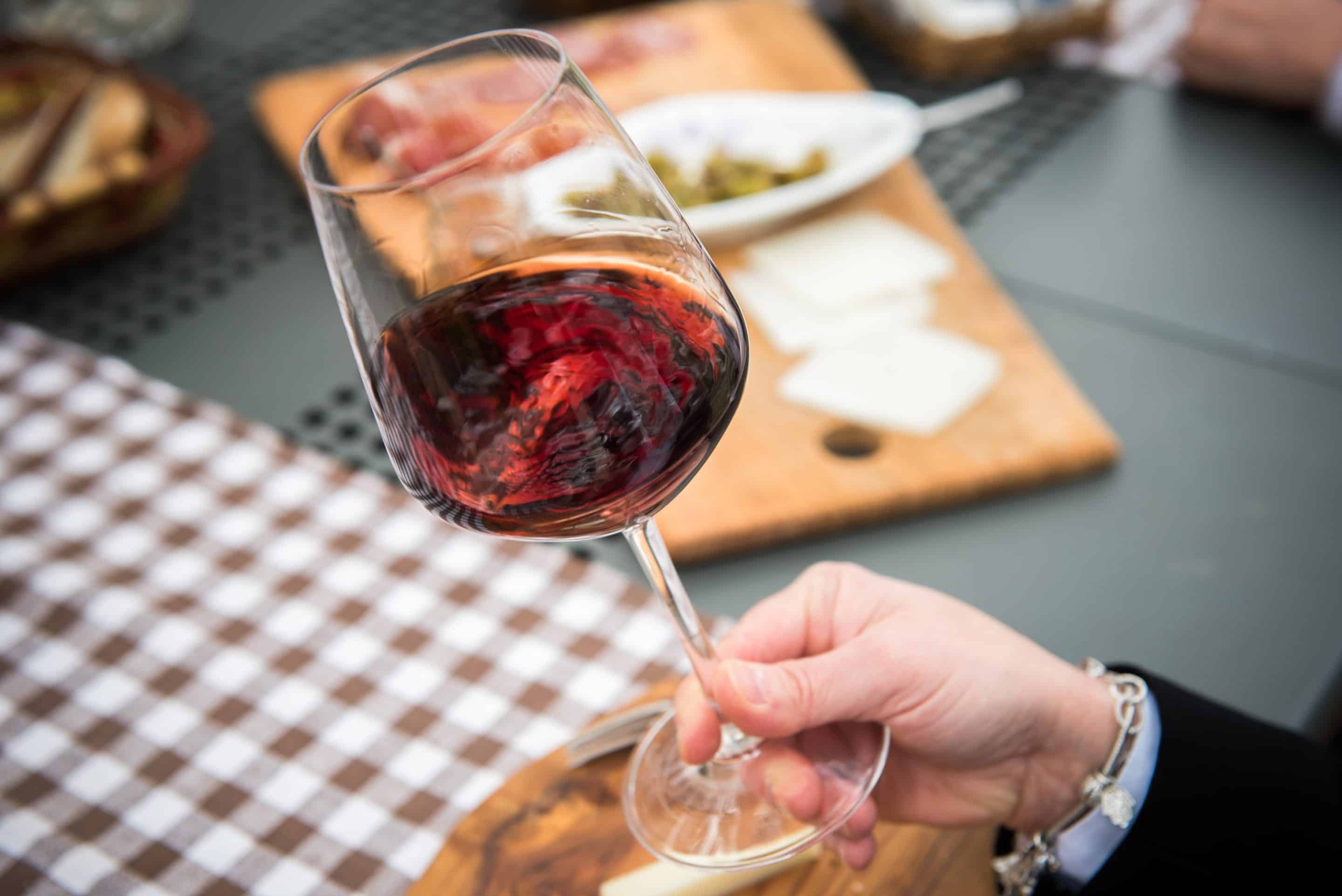 It’s not just about making a good impression. Wine education is essential for drinking without spending a fortune, and for enhancing, instead of killing, the food you have worked so hard and lovingly to put on the table. Beyond the famous labels and the most-awarded superstars, in Tuscany there is a constellation of small cellars and independent winemakers that not only honour the Chianti* king, but also experiment and produce high-quality wines on their own small estates. 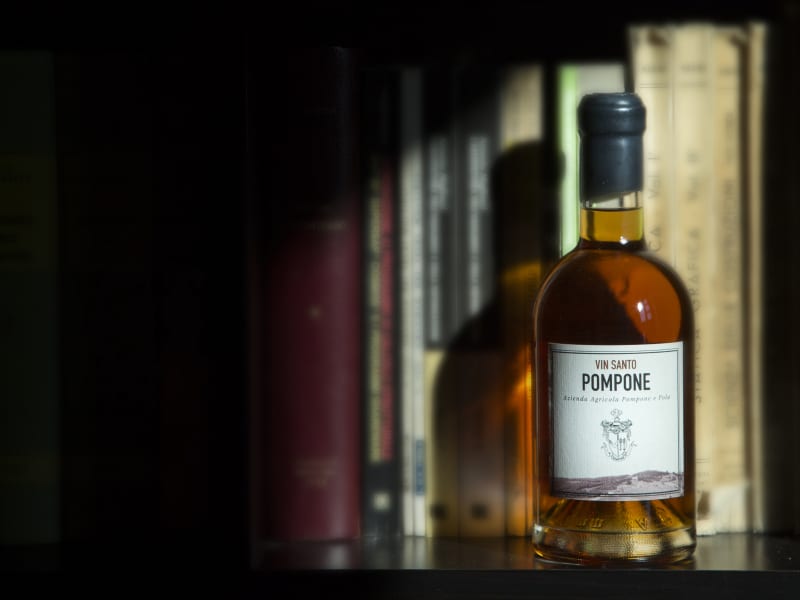 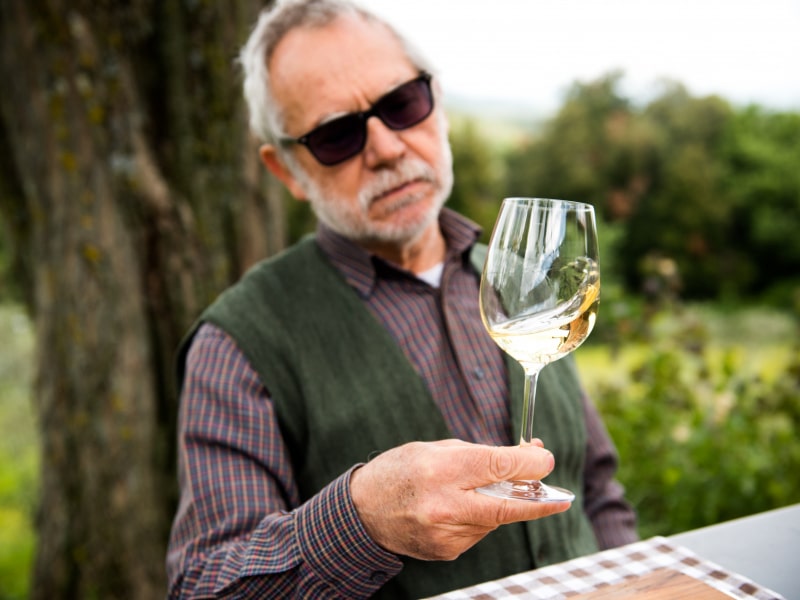 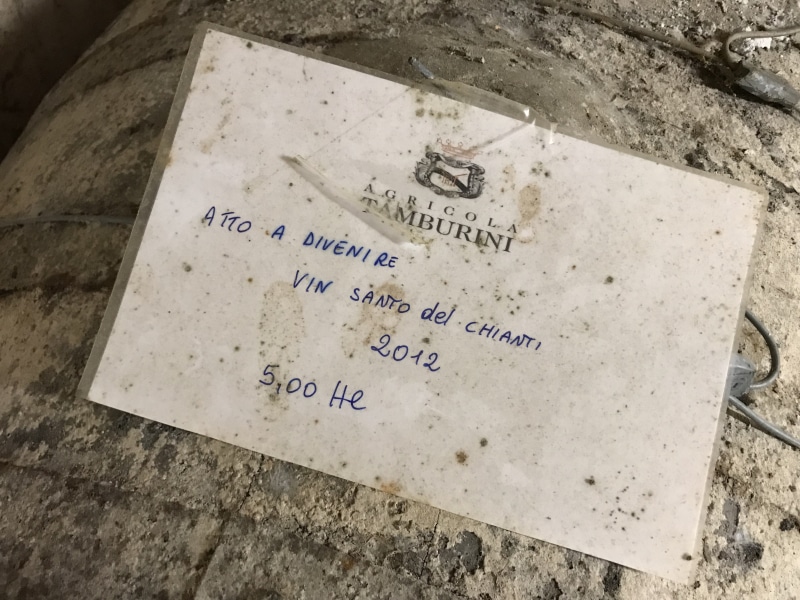 For those whose travels are enlivened by healthy curiosity, for those who come by car to fill up their wine cellars, for those who intend to go beyond the borders of Chianti Classico, here is some advice for tasting the wines of our territory without groping in the dark when they tell you about terroir and notes of hay. Tasting after tasting, there’s so much to learn and discover and let’s just mention the many country and small-town trattorias, who know and recommend the wines of their territory. They are gatekeepers to be trusted, and are well versed in pairing their wines with traditional dishes. Just ask for advice! 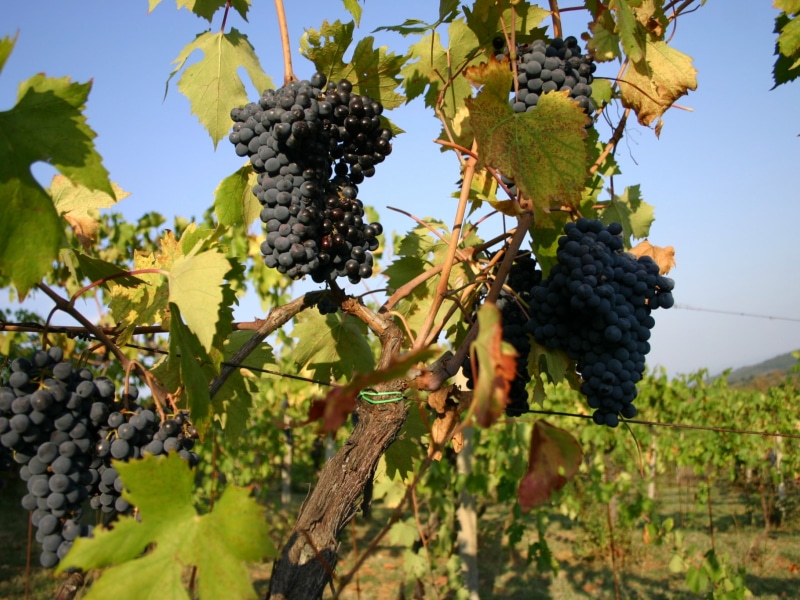 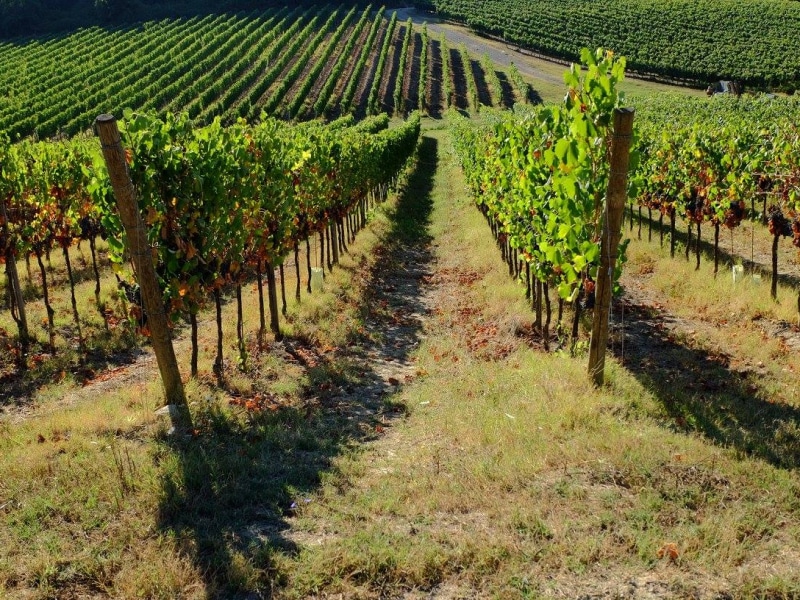 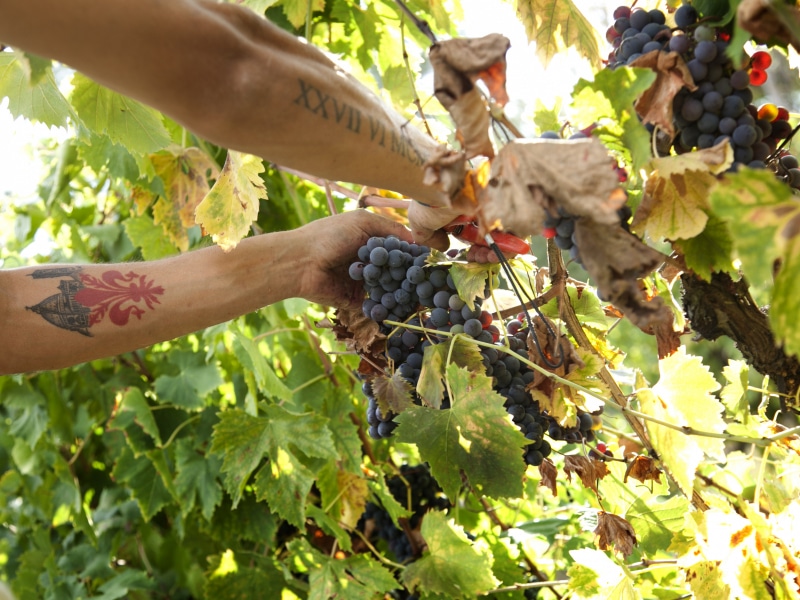 Let’s start with red. The hills of Florentine Chianti that slope towards San Gimignano are a land of prized reds. This area of Gambassi Terme mostly produces Chianti DOCG using Canaiolo, Colorino and especially Sangiovese grapes. Sangiovese is a dark berry that is the foundation of Tuscany’s most important wine denominations, including Brunello di Montalcino and Nobile di Montepulciano…

Aromas: rose, ripe red fruit – like black currant or raspberry – black cherry, cloves
Pairings: rich dishes; in the summer, we recommend a young Chianti along with pappa al pomodoro, but it’s also a good idea to pair it with traditional Tuscan cooking, such as Florentine steak, wild game or bolognese sauce. 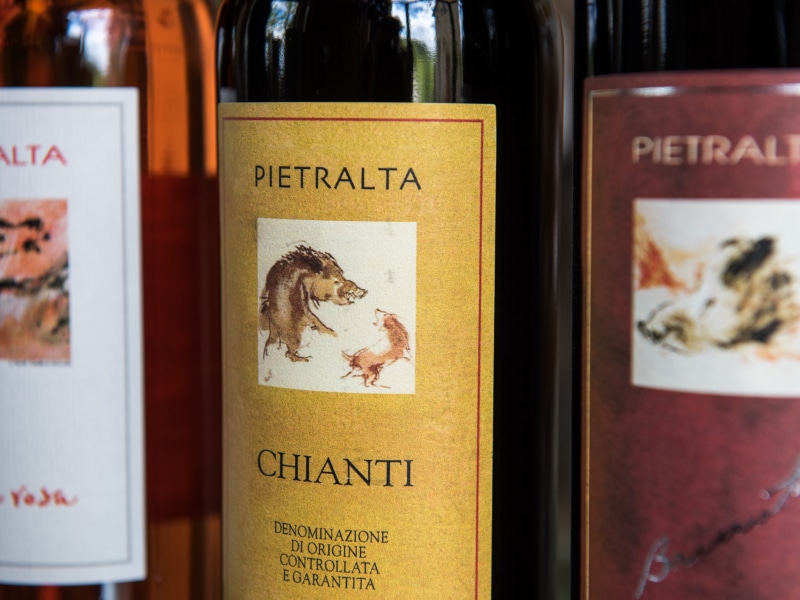 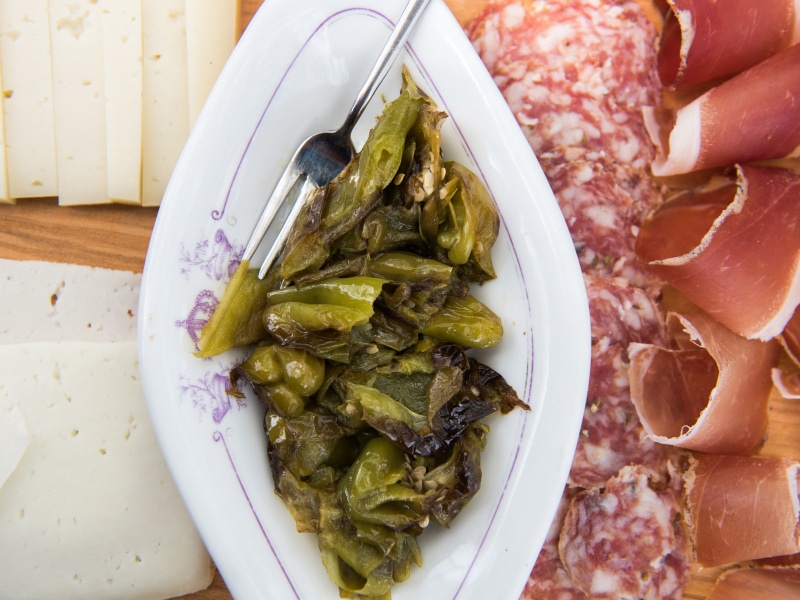 The rosé wine produced in Tuscany comes from Sangiovese, and is back in the game after years of bad reputation. Maybe this is why its colour, which people would say all sorts of things about, is so undecided! Yet, it’s a surprising wine that can be used for innovative pairings. But how is it made? The process starts with the crushing and the maceration of the must on the skins, a step that lasts from a few hours to two days at most. The affair between the must and the skins is a rendezvous, a one-night adventure that gives the wine a pale colour, that of an unconvinced red. From this moment, the wine continues its story as if it were a white: fermentation in steel and cement, pressing and bottling.

Aromas: Light notes of rose, strawberry, and red and black berries.
Pairings: Its freshness suits white meats, fish soups and cacciucco stew. Try it with fresh goat cheeses and cured meats, as it balances the salt and fat. Best appreciated if served cool, between 10 and 12°C.

The white wine from this area is mostly made with Trebbiano, Malvasia Bianca and San Colombano grapes. This area, just a few kilometres from the famous Vernaccia di San Gimignano, in the hills of the Valdelsa, makes wines that are lighter, less structured and full-bodied, but just as sincere!

Malvasia Bianca and Trebbiano grapes are also the basis for Vin Santo, a sweet wine made from grapes that are left to dry after harvesting by being hung on hooks or spread on reed mats. Once they are dry, the grapes are crushed and the must is transferred to small wooden casks called caratelli. Fermentation and aging take many years, at least three, during which the cask must be closed carefully, usually with cork or wood that some seal with cement. This avoids microbiological growth that could bring unexpected results.

Aromas: Dried fruit, raisins, figs, almonds and honey.
Pairings: Usually enjoyed with dry sweets and aged cheeses. However, it will surprise you with the classic liver canapé, a venerated object of Tuscan cooking; if it’s a dry Vinsanto, give it a chance with cured meats.

Chianti has always been drunk in Tuscany. Its origins are lost in time, but its geographical borders, the zone where a wine called Chianti may be produced, is a modern issue. This dates back to 1716, when the Grand Duke of Tuscany, Cosimo III, decided to recognise it in the area between the cities of Florence and Siena. If you think about it, Chianti was born – as a recognised geographical entity – long before most of the European nation states or the French Revolution! 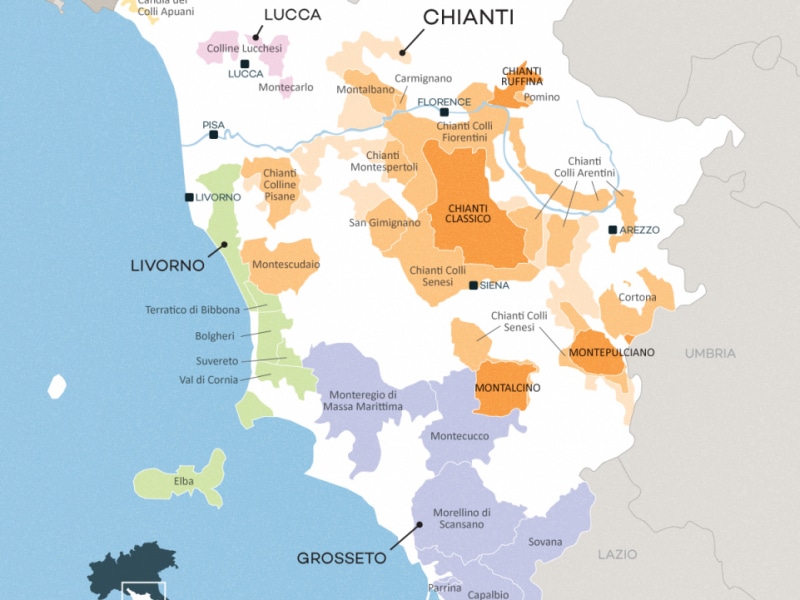 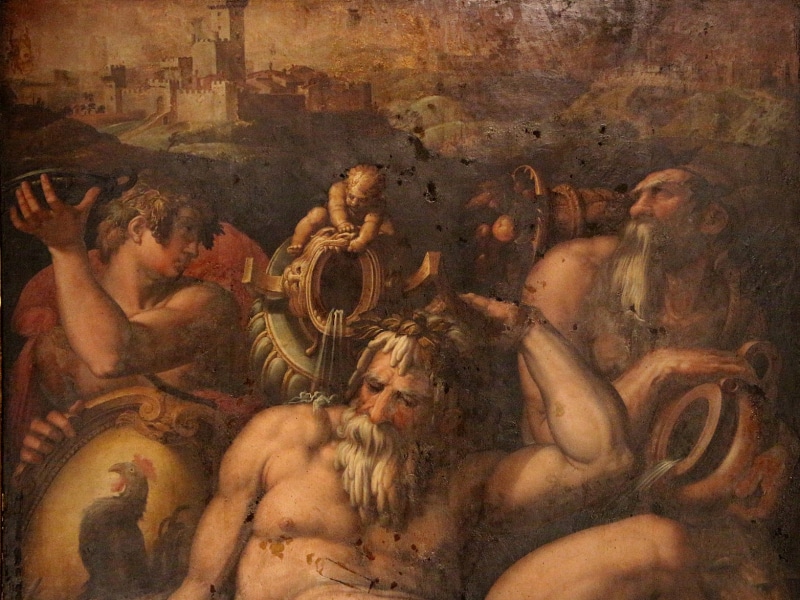 Chianti was immediately successful, and demand soon surpassed actual supply, so much so that Chianti started to be produced outside its borders. This was why, in 1924, the Consortium for the defence of the typical Chianti wine and its original brand was born. It’s no surprise that its symbol, the Black Rooster, was taken from military iconography, being the emblem of the Chianti Military League; it was also depicted by Giorgio Vasari in his Allegory of the Chianti in the Salone del Cinquecento in the Palazzo Vecchio in Florence. In 1932, the adjective Classico was devised, and has since distinguished the wine produced in the original zone from the Chianti produced in surrounding areas. 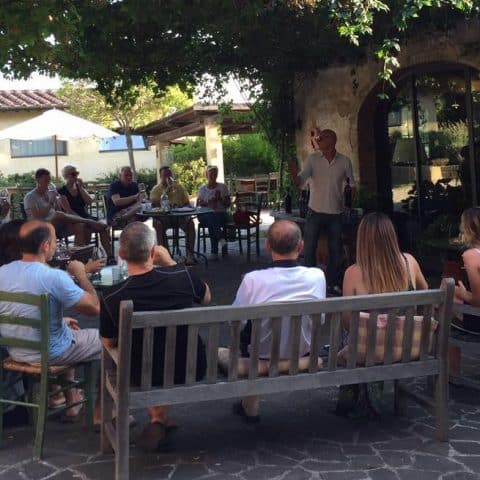 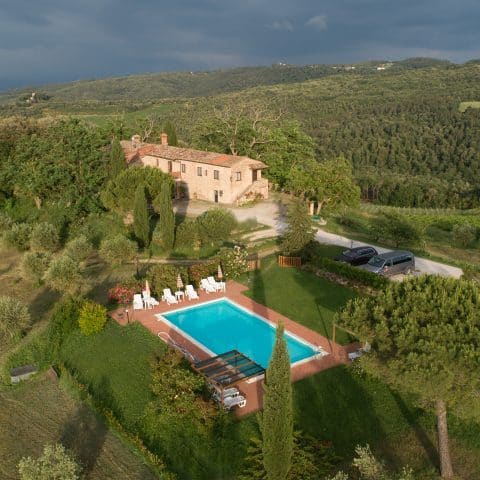 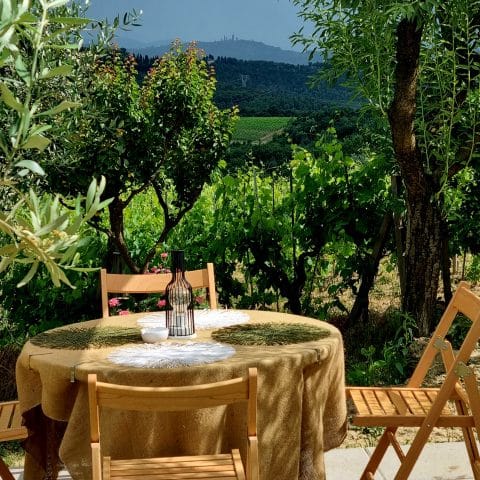 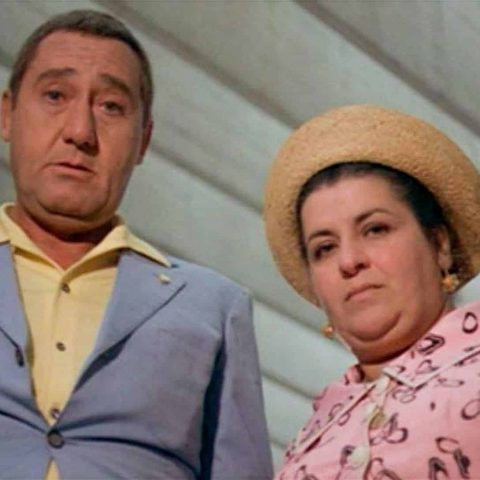 Survive August! Some tips for Vacationers and Staycationers 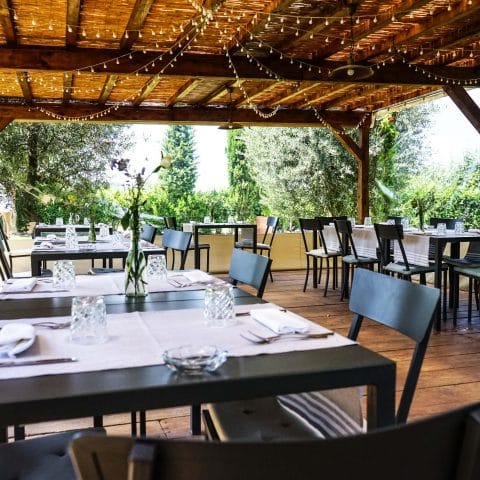 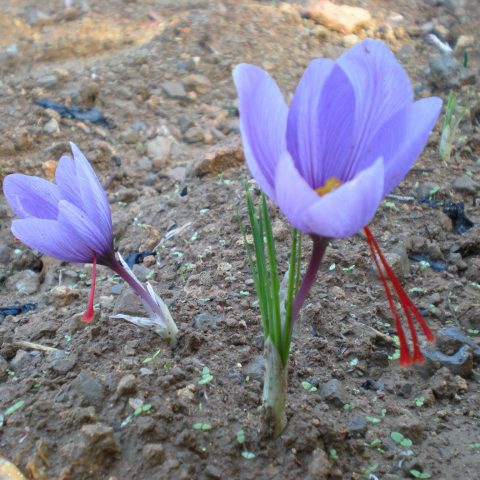