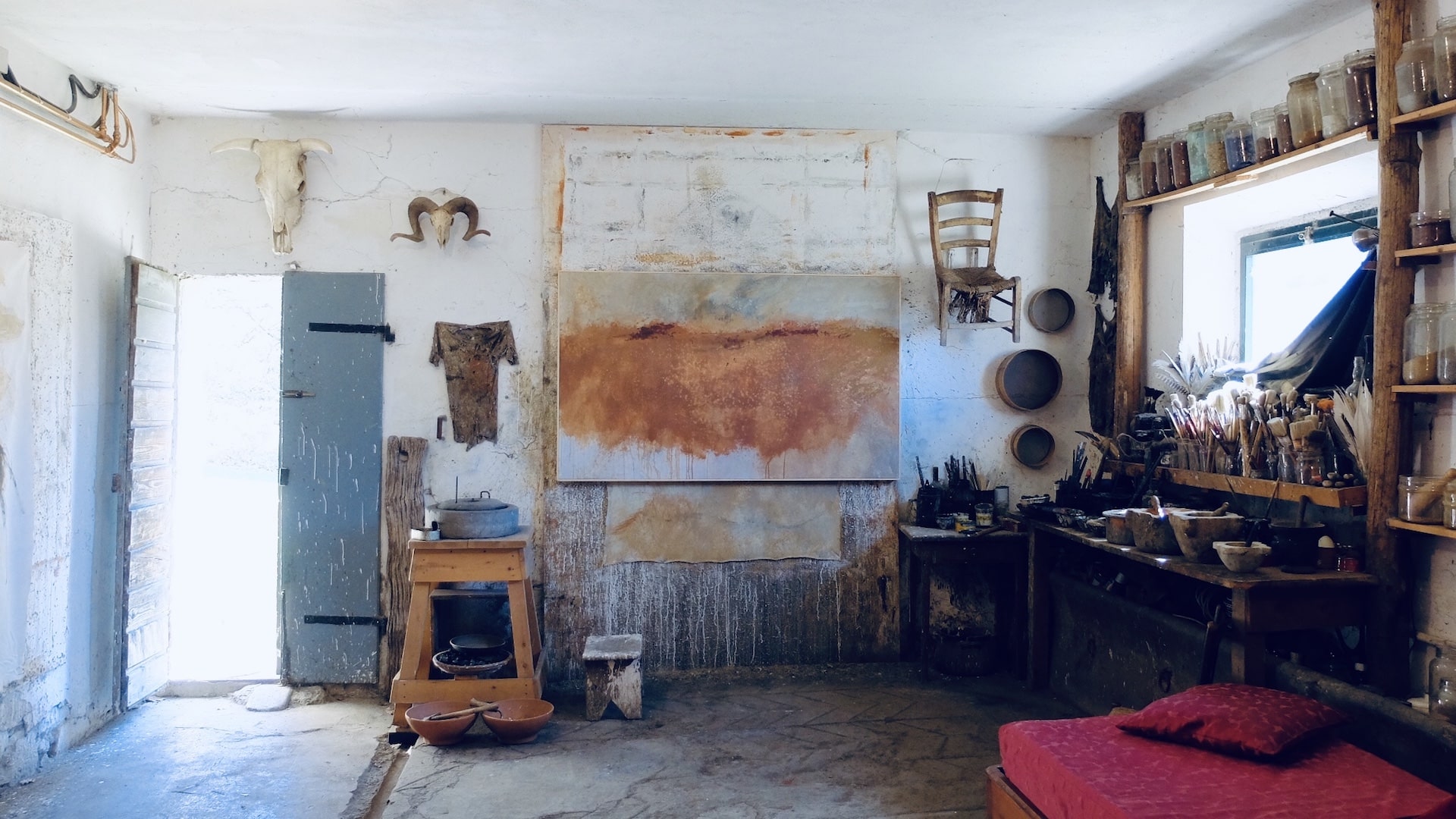 THE ARTISTS WHO PAINTS WITH SOIL

In the kitchen there’s a black and white photo of him as a child. He wears shorts, he has thin legs and a horse at his side. He smiles. It must have been the end of the 50s and Carlo Romiti had already discovered his lifetime love, the same one he’s still painting today: horses. But it would be wrong to limit his art to these; Romiti paints what he knows – the earth – and he uses the earth to paint.

THE BOND WITH NATURE

He has witnessed the great transformation of the Tuscan countryside in the mid-Twentieth century: his father was a veterinarian, when he was transferred to Gambassi, people wished him good luck. Yet he fell in love with the place and stayed here for the rest of his life. Carlo followed in his footsteps: he grew up in Gambassi Terme, he moved to Florence where he studied at the Art Academy and he kickstarted his career as a painter. Thirty years ago he came back and never left. He remembers when here on the ridge overlooking Volterra, among these woods populated by charcoal burners, the Maremma began; he remembers the peasant society that populated it and says ‘you have to tell what you know and I tell nature, I tell this landscape’. 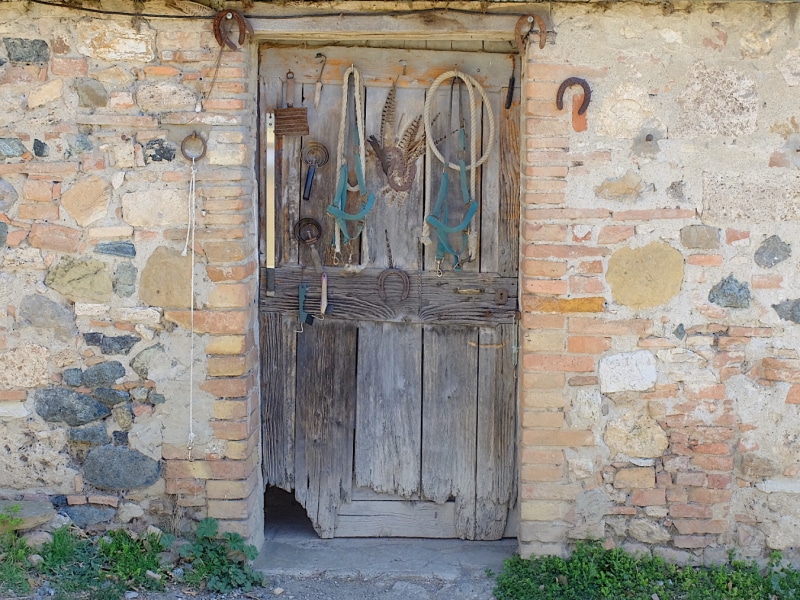 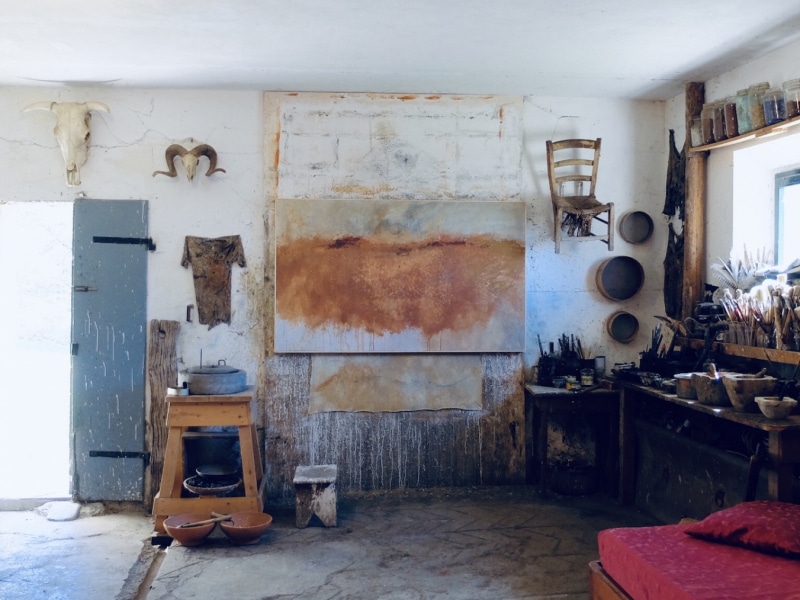 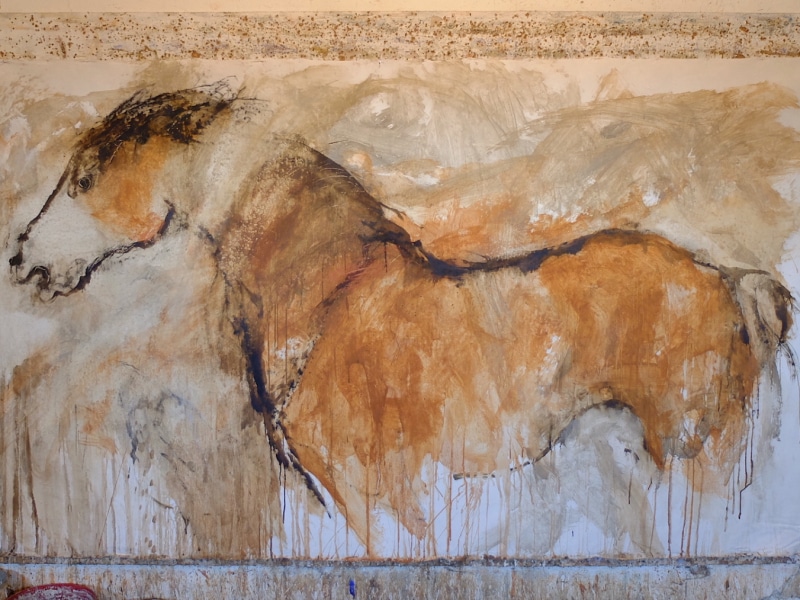 IN THE FOOTSTEPS OF CENNINO CENNINI

Hanging on the walls of his studio are two paintings: a landscape is to be finished and recalls something that Mark Rotchko could have painted if he had been born in Tuscany instead of Latvia. On another wall there is one of his many horses, it is dashed in black on ochre backgrounds. He uses his terre – the earth he collects. He learned from Cennino Cennini and has always resorted to an ancient pictorial tradition: the raw earth, well-dried, hand pounded in stone mortars, sifted and sometimes pounded again, is mixed with water, egg or different glues, or even with flax oil, depending on the stands he uses. 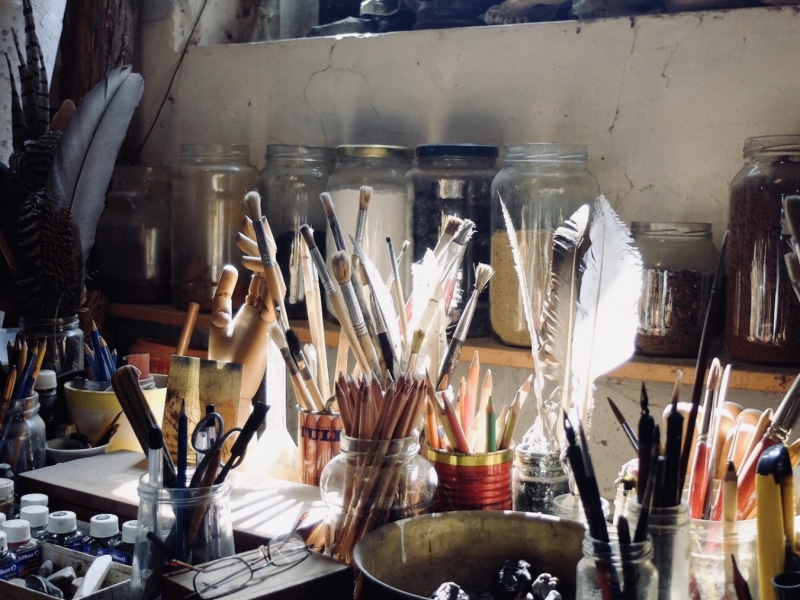 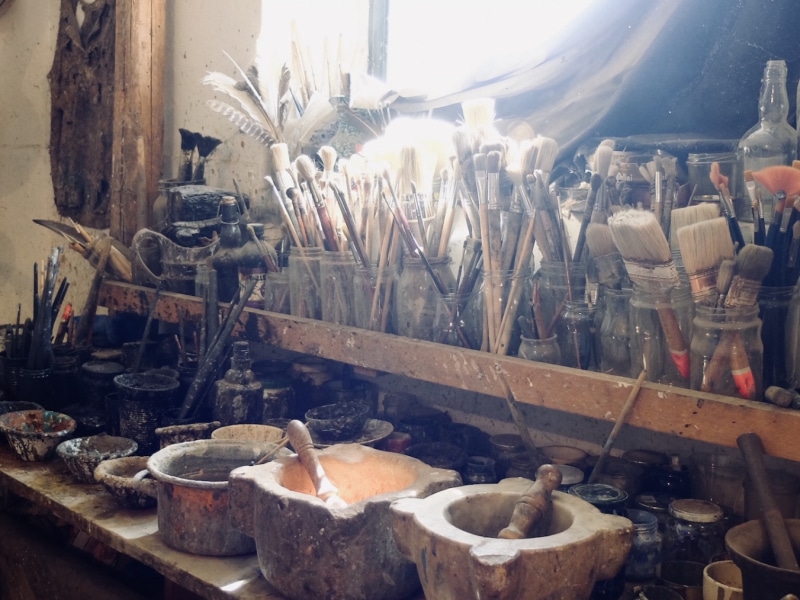 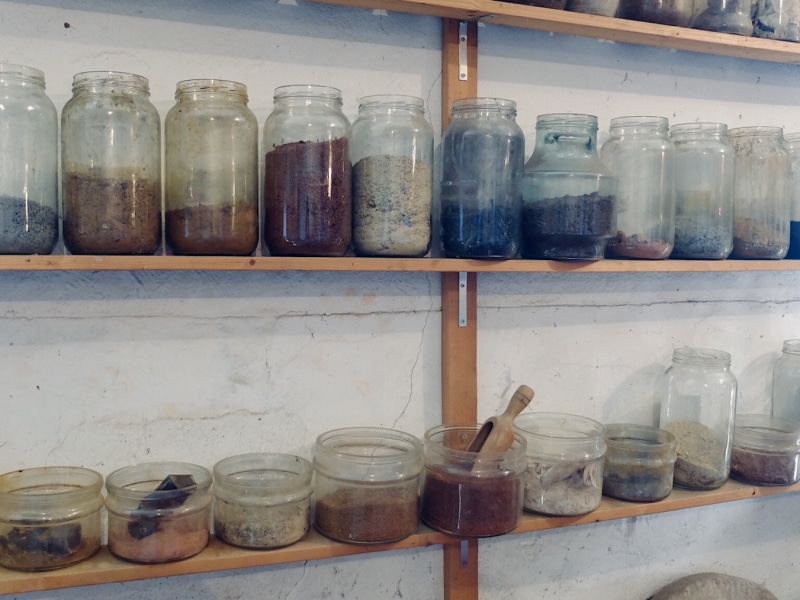 THE MAGIC OF COLORS

While talking, he offers you a gianduiotto and a small glass of Aleatico dell’Elba. The studio resounds with Corelli’s music, the sun filters through the dusty windows and the colors come alive. The brushes, the inks, the pestles, the pigments lined up on the shelves do Magic. There is an alchemical spirit in these colors: the black bitumen is also called mummia, the vine black and the Lebanon cedar one are nothing but small pieces of coal. The mother-of-pearl shells, once milled, smell of gas and have a milky color; the turquoise was once used for the cloaks of the Madonnas; the ochres, reds and dozens of types of soil have the name of the farm where they were found. On the Poggio della Donna Morta he found one that, once ground, becomes powder pink, a tone that would not have disfigured on Coco Chanel’s cheeks.

We are full of this beauty, almost three hours have passed and it’s time to go. His two dogs, Tancia and Polino follow him like two shadows: the first is a white shepherd and from the lasciviousness with which she sleeps in the sun, one would not imagine that she defends the farm even from the wolves … the second is small, black and he accompanies us to the car. We say goodbye to Carlo – see you soon – and driving back to the main road, we look in the mirror and Romiti’s house is gone. The fronds hide it, or maybe it was just a wonderful dream, a space-time stretch in a universe called painting. 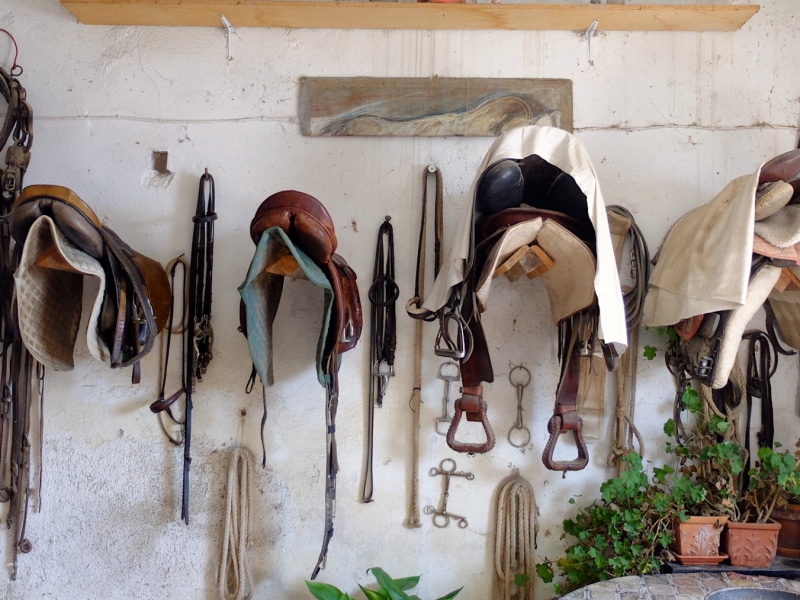 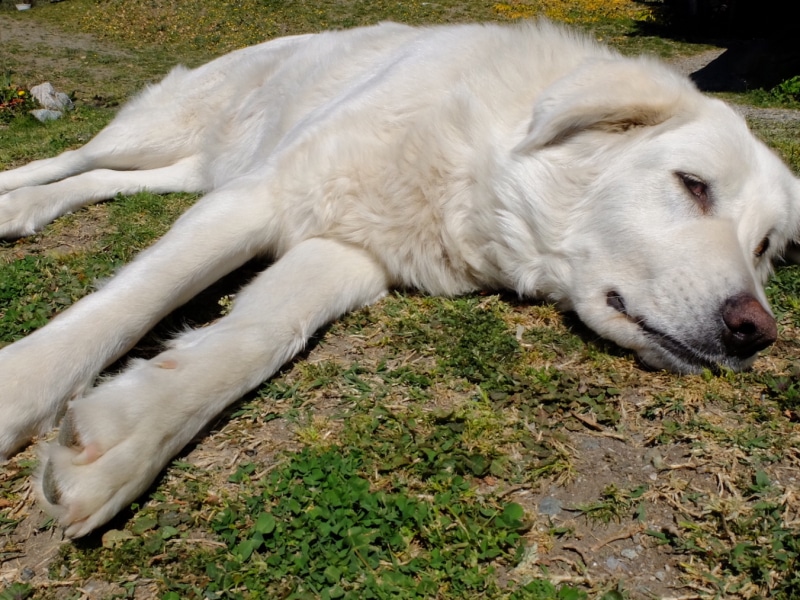 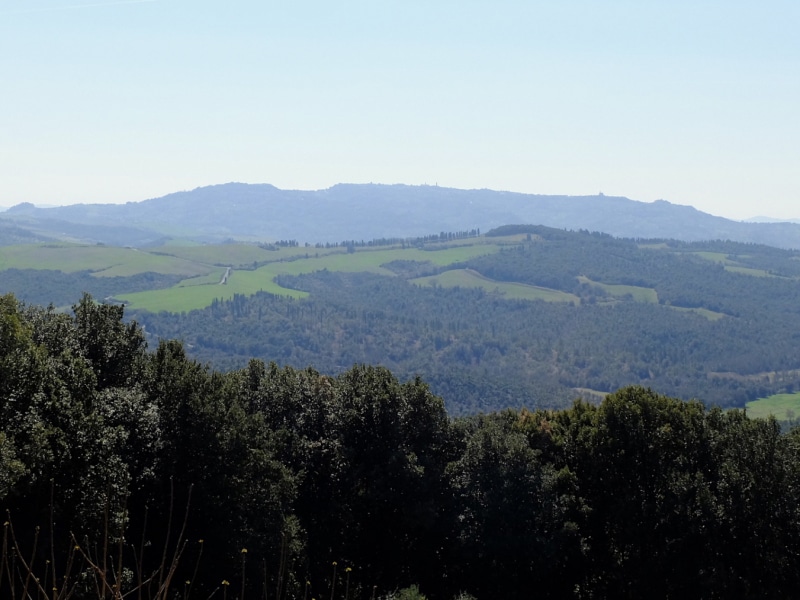 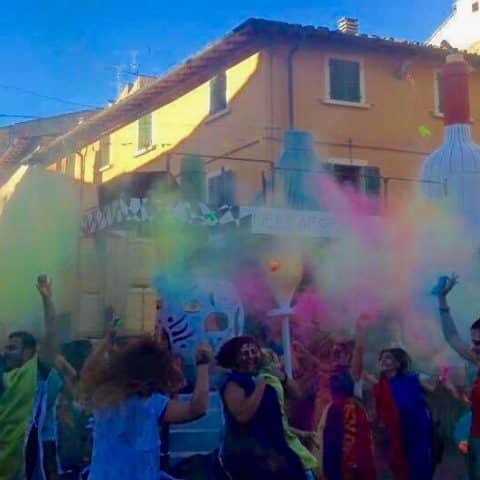 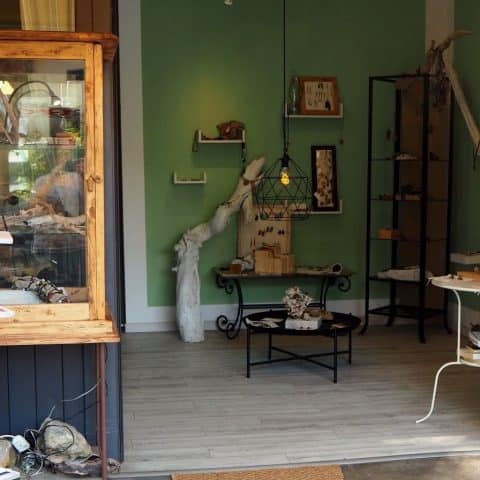 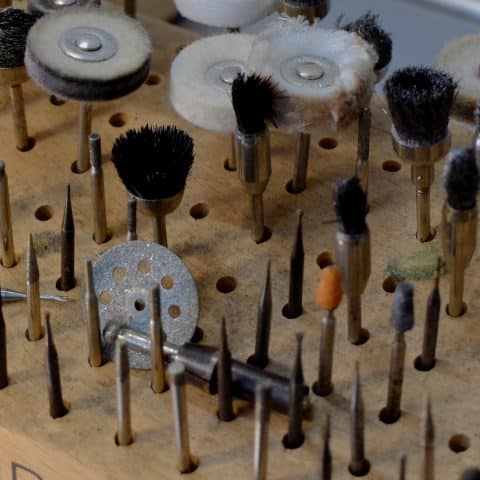